In the last 5 weeks, Refuge for Women in Kentucky had to decline aid to 38 phone calls seeking shelter for a woman in distress, says Ked Frank, founder and executive director. The Christian home and rehab program provides sexually exploited women with one year of safe shelter, counseling, discipleship and job training support in a family-like environment. But it can’t keep up with the numbers of women hoping to escape a cycle of abuse.

“The government can’t do this alone,” said Lombardo, citing the need for nonprofits and volunteers to offer a loving community for victims.

The five-year-old Kentucky-based ministry is expanding to meet needs in Miami, Las Vegas, and now Chicago. Besides aiding trafficked women, Refuge also offers help to women escaping the sexual exploitation of exotic dancing, prostituting and pornography. Thus far 87 women from 14 states have benefited, ranging from 18 to 56 years old. Ninety-three percent of them have succeeded in starting a life of dignity.

Debbie is one of them. Three years ago New Name leader Anne Polencheck and volunteers from local churches met Debbie at an adult entertainment venue only a few miles from Rez. Debbie was desperate for a better life for her and her unborn child. “God if you’re real, help me,” she prayed. Anne and her outreach partners offered to send her to Refuge for Women in Kentucky, the closest home that could help.

Last Friday night, Debbie tearfully described her healing journey with Refuge for Women. “In the last three years, I’ve learned no matter how broken I am, God still loves me,” she said. Since graduating the one-year program in 2012, Debbie has served on the worship team at her church, volunteered with Refuge, and continues to mother her 2-year-old daughter.

In 2015, Refuge for Women Chicago plans to open its doors and offer Christ’s compassion to wounded women here. To house and help one woman for one day, it costs $100. Friday’s event raised $17,000 toward the goal of a $300,000 annual budget.

If you missed the launch night event or if you want to learn more about Refuge for Women Chicago, there are many ways to get involved:

The Heart of Compassion at Church of the Resurrection: An Interview with Anne

Over the years Anne has been a friend and ministry partner to many of us here at Church of the Resurrection. The ministry New Name has a quiet but powerful presence in some very dark places in our community. In this week's blog post, Anne shares how God touched her heart to start New Name and to persevere in a compassion ministry that seldom sees quick and dramatic changes.

How did you first get exposed to your ministry area?

A friend gave me the book Terrify No More by Gary Haugen, founder and President of International Justice Mission. At the time, I didn't know anything about sex trafficking or the industry spawned by this practice. My initial response to the stories of the girls and women trapped in this world was anger and overwhelming sadness. I wrestled with why this injustice was allowed and why more wasn't being done. I had feelings of guilt about why my life was so easy in comparison. I wanted to do something, but this evil was in another country—or so I thought.

What experience or moment catalyzed you to get the church involved in this issue?

Shortly after learning about sex trafficking, I read Dawn Jewell's book, Escaping the Devil's Bedroom, an in-depth look at ministries around the world reaching out to women who have been exploited and trafficked. I started attending monthly meetings at her house which were designed to help educate the local body of Christ on sexual exploitation and pray for the girls and women in the industry. It was through these meetings I learned that sex trafficking was not just in Asia, but also in the U.S. I also learned that many of the older women still in the industry locally, were actually trafficked as a minor, not from another country but from my own community, and long before anyone had heard of the term “human trafficking" or even knew what it was. I also clearly understood this truth: God desires for all involved in this industry to know Him and glorify Him. “For God so Loved the World" included anyone touched by this issue: the women who work in the industry, the buyers, the venue owners, the pimps—the trafficked and the traffickers.

A friend of mine, Heather Anderson, who was also attending Dawn's meetings, felt led to start an outreach to women exploited in our community. She called the outreach New Name, and five years later New Name is still reaching out to women. We've grown since then, and now several churches are involved across the west and northwest suburbs of Chicago, reaching out to over 30 venues and making calls to women advertised online for prostitution.

New Name's desire is for churches around the Chicagoland area to reach out to women in their communities working in the adult industry. First and foremost, we want to come alongside these women and show them God's heart, to let them know that He sees her, that they matter to Him and that He has a plan for their lives.

What have been some highlights and struggles of your ministry?

We've had an opportunity to hear the background stories of many of the women we reach out to. Some of their stories are hard stories that involve horrific abuse, bad choices, and addiction issues. We've seen such great suffering. I don't know how some of these precious women are still alive. I have to remind myself that God is not indifferent to their suffering. He died on the cross for all of it. He is their answer. He is my answer. And sometimes we get a front row seat as He reveals Himself to them. That's the best part of this ministry! To watch as He opens their eyes to their worth, and as they begin to see the gifts and potential He has placed in them. That's awesome!

What are your hopes for your ministry this next ministry year?

We have partnered with an aftercare called Refuge for Women, and have sent several women to their program in Kentucky. It's a faith-based, Christ-centered ministry that's tailored for women coming out of the adult industry. They have a 93% success rate. That is, 93% of the women that enter the program do NOT re-enter the adult industry. That's got God written all over it!

The founder of Refuge for Women, Ked Frank, and his team have felt led to open up an aftercare here locally in 2015. This is a huge answer to prayer! We are very excited to see what God is going to do. Several of the women we are currently working with would like to go to their program but can't leave Chicago. And even if they could go, there currently is a three month waiting list.

How would you like to see Church of the Resurrection more involved?

I would love to see Church of the Resurrection partner with Refuge for Women Chicago. There will be so many serving opportunities when the home opens in 2015. Many of the women come from very broken homes. They don't know what it means to have a family that cares for them and loves them. Healthy church families can adopt a woman and be that family for her. They can mentor her, cheer her on, and get a front row seat as God restores His masterpiece in her. There will also be opportunities to teach life skills, such as cooking and to tutor women working on their GED. Church of the Resurrection can be the Acts 5 church and come around these women with a loving, nurturing, supportive community.

Finally, please join us on Friday, October 24th from 7:30-9:00 P.M. at Church of the Resurrection Church for the Refuge for Women Chicago's Launch Event. You will hear from Ked Frank, Founder and Director of Refuge for Women, Congressman Peter Roskam, and FBI Supervisory Special Agent Vick Lombardo. Desserts and coffee will be served. 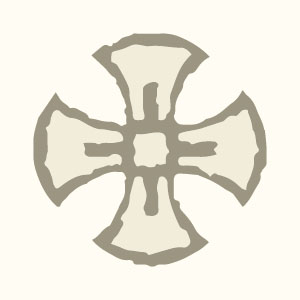