The Great Doors: An artistic vision for welcoming people into the presence of God

The biography of Jesus Christ is the literature of the Christian calling. Jesus told us, "Whoever believes in me will do the works I have been doing, and they will do even greater things than these." (John 14:12, NIV) During Jesus' time on earth, he lived a life of sacrifice and devotion that moves us to love and transform the world.

Here at Resurrection, we are moved by Jesus to equip everyone for transformation and plant churches for revival. When Resurrection was given by God a new home for worship and mission, we were inspired by the practice of most cathedrals to create great central doors. We wanted doors that welcomed people into worship and sent them forth into the world in mission.

Three Resurrection artists—Laura Tabbut, Janice Skivington Wood, and Ray Wu—worked collaboratively to chronicle our Lord's life and ministry here on earth. Theologically guided by our priests and worship pastor, they designed the biblical scenes that will be carved into the wooden doors.

We were able to begin the carving process in February of 2015. Skilled artisans working with native woods in Indonesia are currently carving the doors. The process can take up to nine months, and even after completion, significant resources will still be needed for construction on the main entrance of the sanctuary. As additional funds are committed, we hope the doors will become a reality in the next year or two.

We recently received more early images of the doors in process in Indonesia: 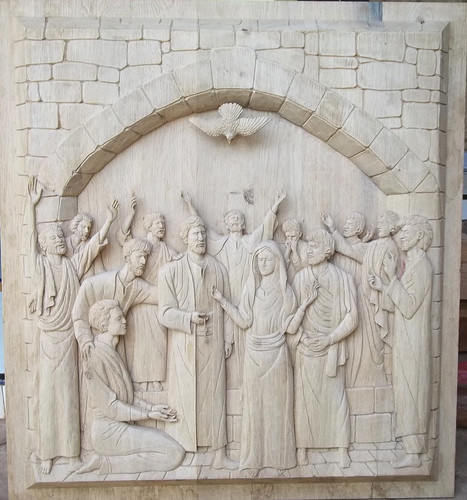 Below are the sketches created by our Resurrection artists.

The Center Arch: the center of our faith

The center arch above the doors shows the Resurrection of Jesus Christ, our church's name feast. Adam and Eve, representing all men and women, are being raised from the dead: 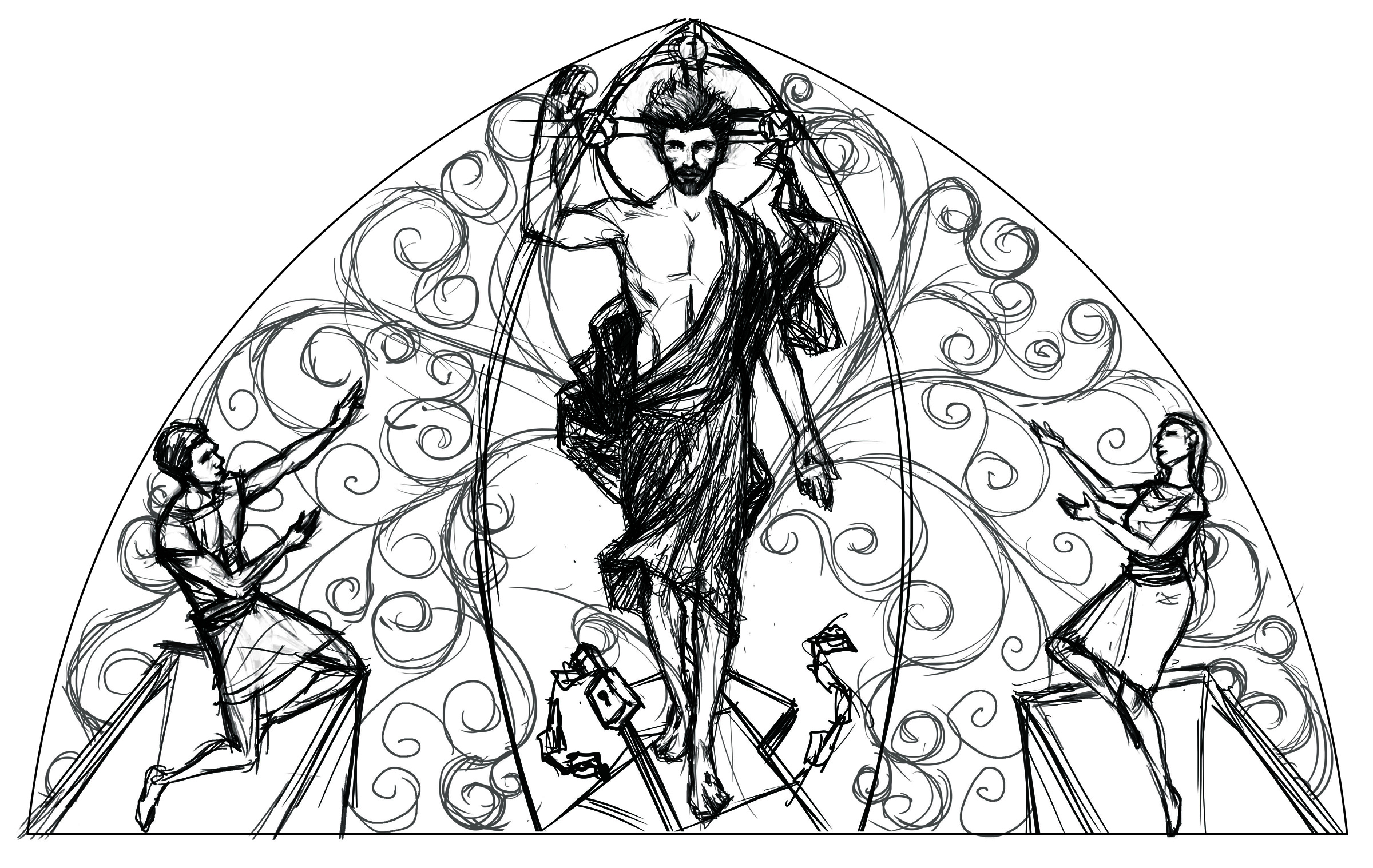 The Doors When Closed: how Jesus saves us from sin and death
The left door displays Maundy Thursday—Christ in anguished prayer in the Garden of Gethsemane, as the angel of the Lord holds out to him the cup of suffering: 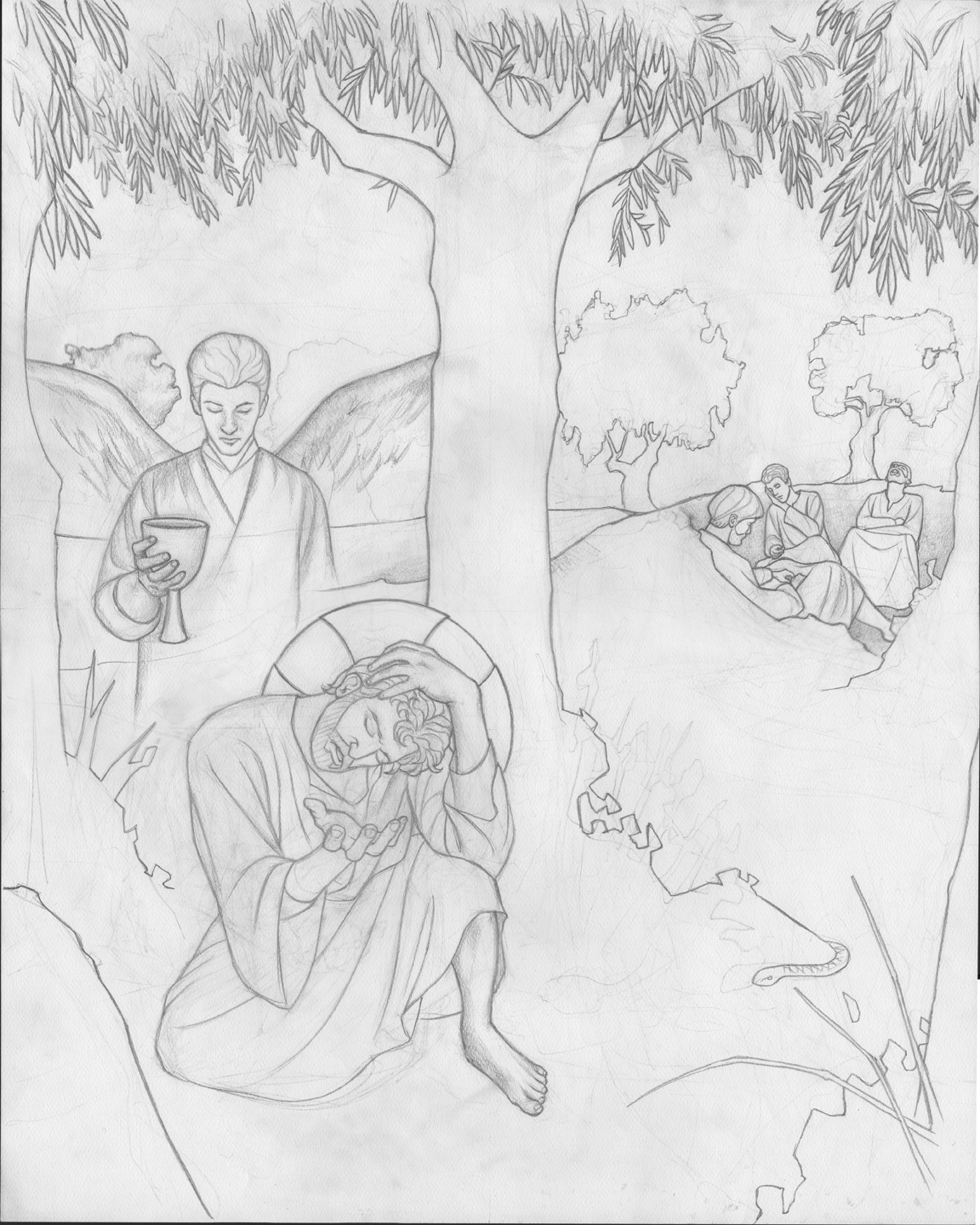 The right door depicts Good Friday—Christ hanging on the cross for our salvation: 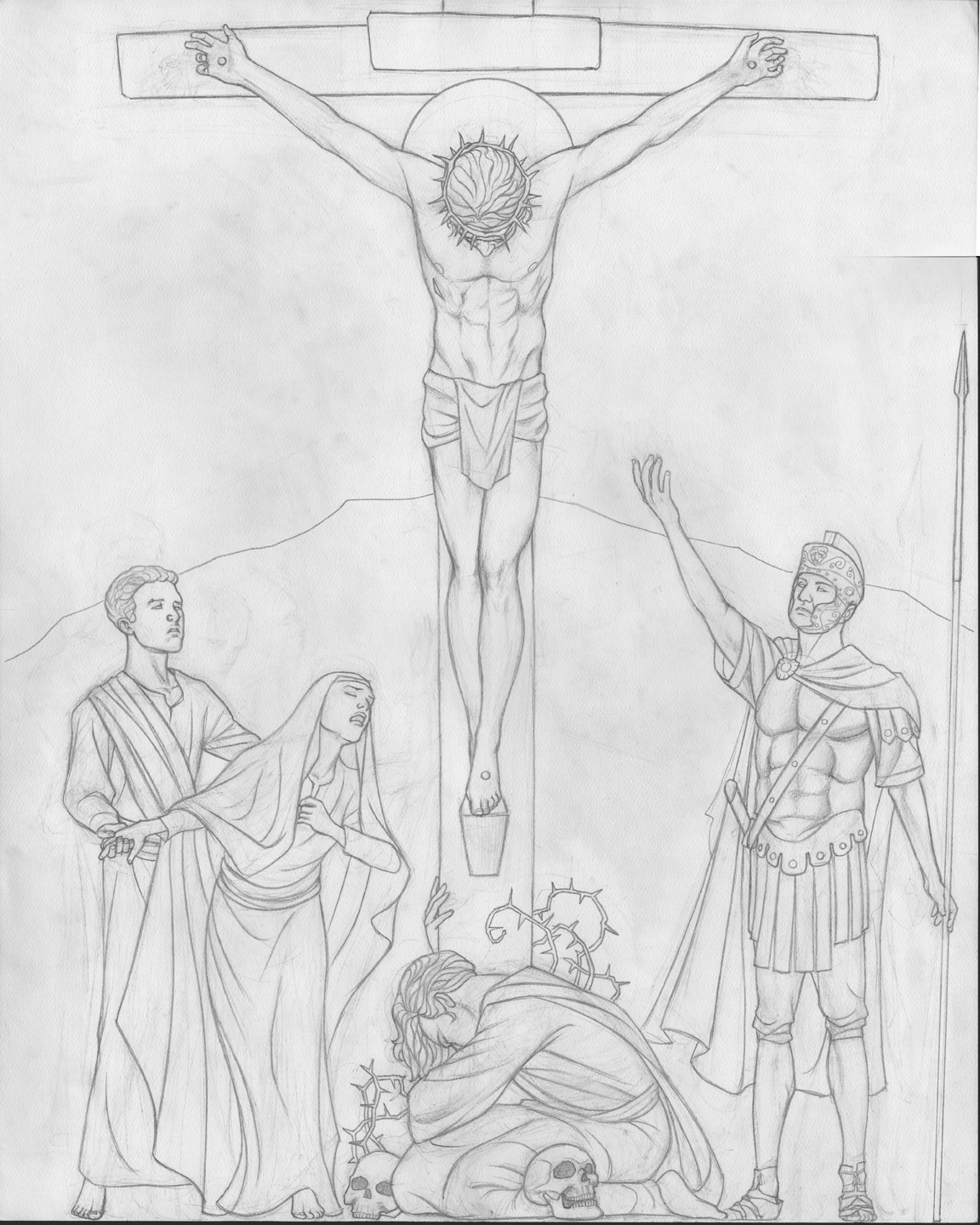 The Doors When Open: welcome into the Holy Church

Together, the left door, right door, and center arch display the 7 great feasts of the church.

The left door displays (from top to bottom) the feasts of the Epiphany, Christmas Day, and All Saints' Day: 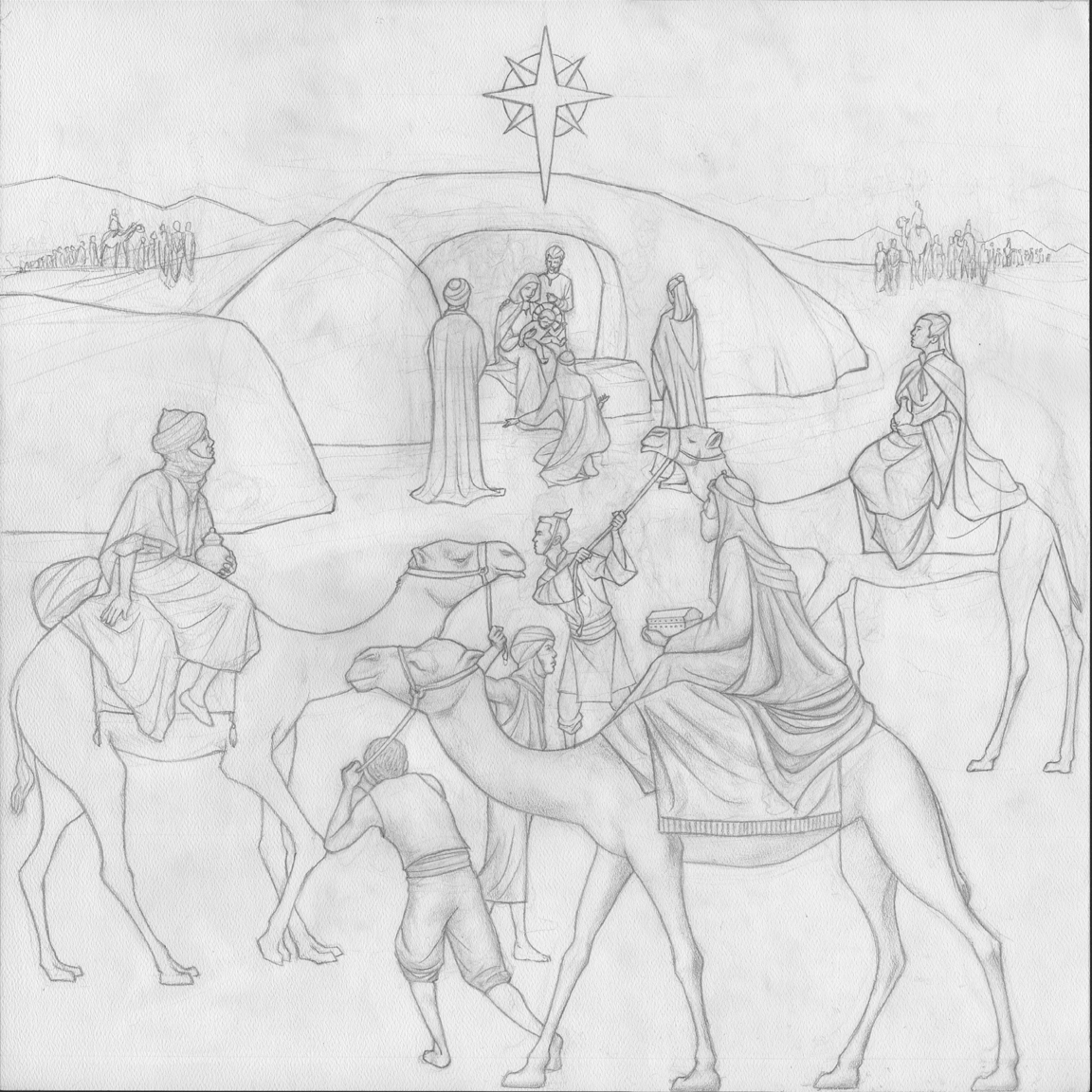 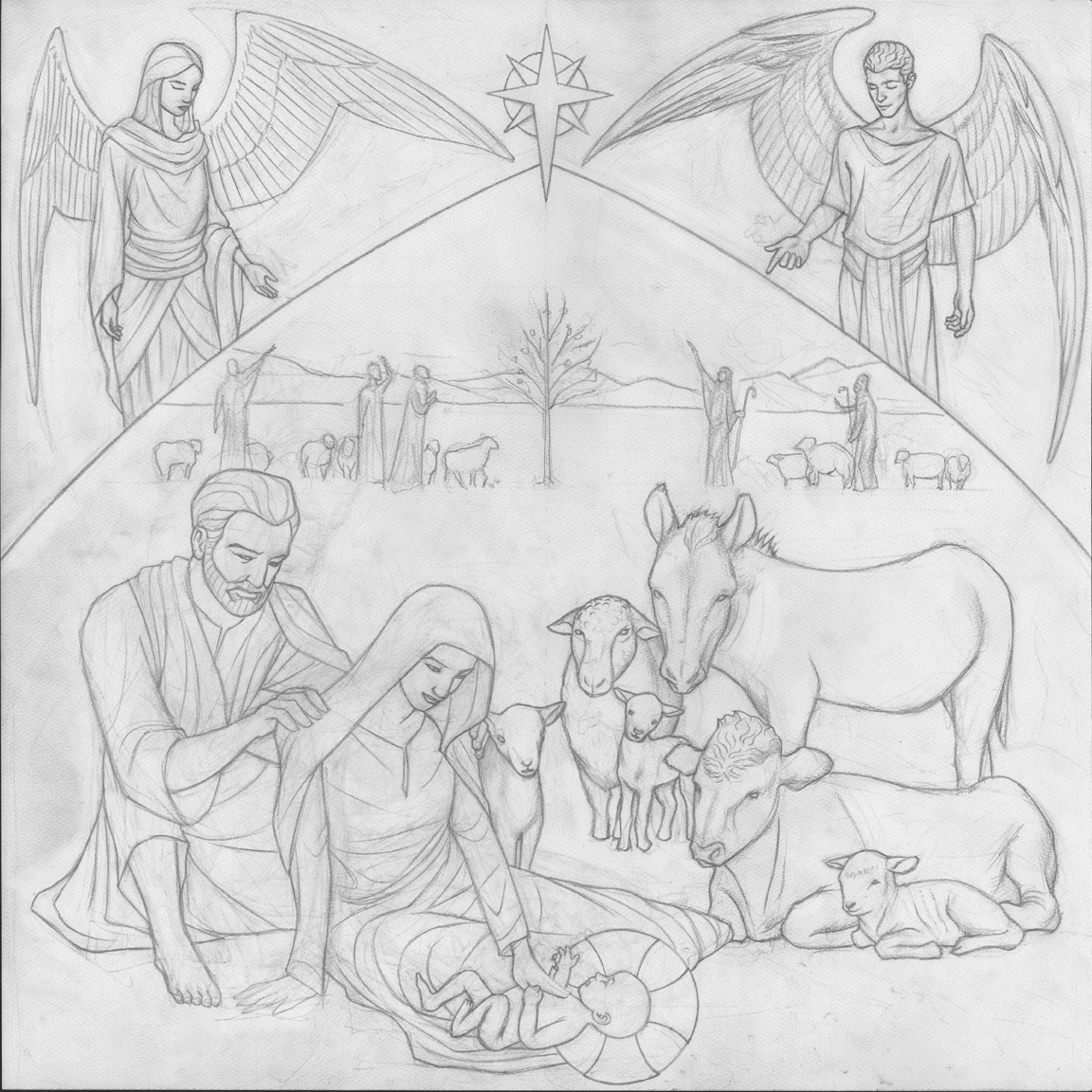 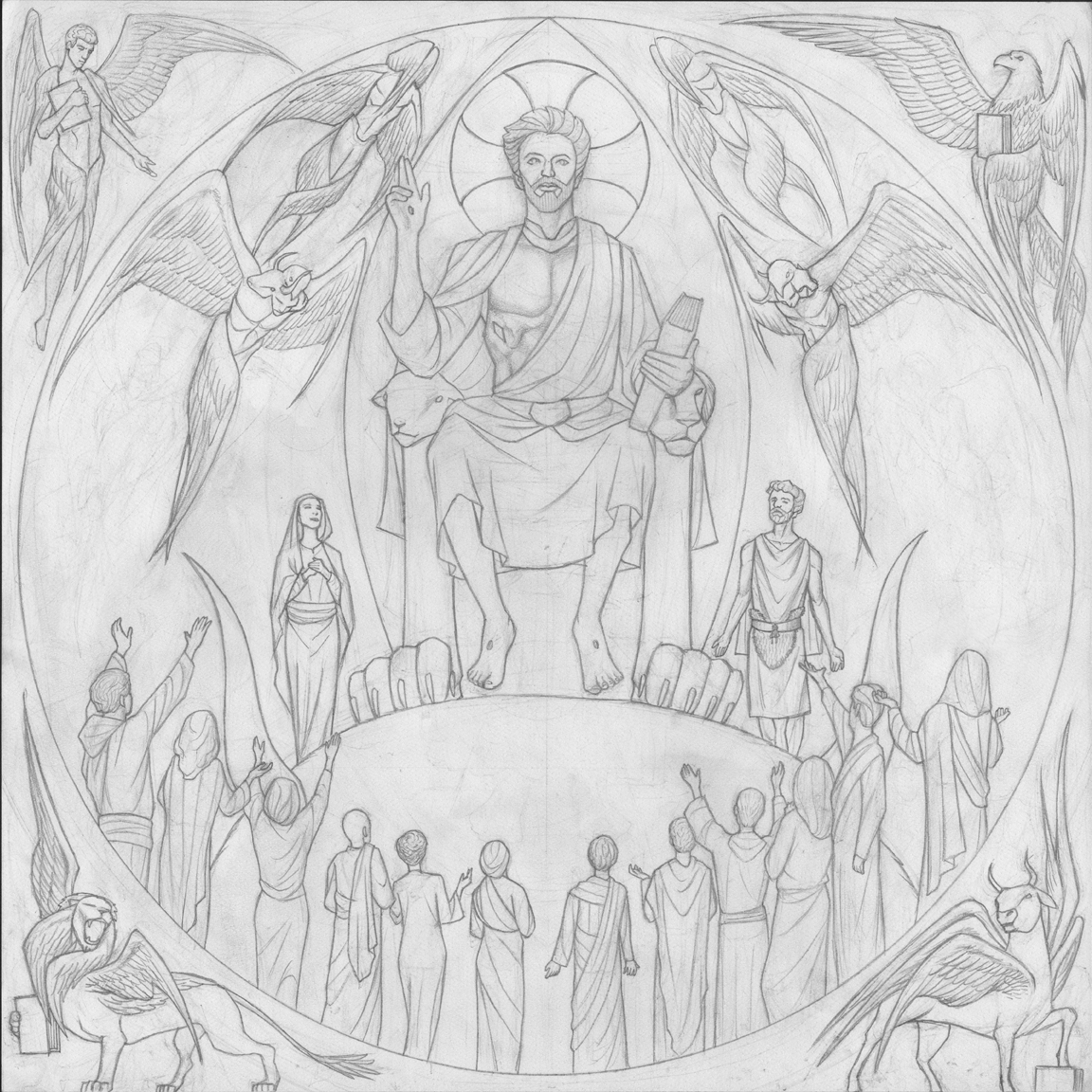 As seen above, the center arch displays the feast of Easter.

If you start at Christmas Day (left door, center panel), and move clockwise, the feasts appear in their order in the Christian year.

Psalm 118:19—“Open for me the gates of the righteous; I will enter and give thanks to the Lord."

An Interview with Our New Generosity and Finance Pastor

Dan Easley has been coming to Church of the Resurrection with his wife Lois for over 25 years, so many of our members know him well. For those who don't, they've probably at least seen him around – he likes to joke that he's the guy who always wears a tie so that people won't notice he's bald!

Dan recently joined Resurrection staff as the Generosity and Finance Pastor, playing a significant role in helping to launch the Moved by Jesus generosity initiative. Dan is very excited to serve Rez in this way, so we wanted to ask him a few questions to help our members get to know him even better.

When did you start coming to Resurrection? How did you find out about Rez? What makes you call Rez home?

Lois and I started coming to Resurrection in 1990. At that time our son Ben was almost two, and our son Chris (who now manages the worship teams at Resurrection) was not yet born. We found out about Resurrection from John Fawcett, a friend who had been the pianist at the church Lois and I were previously in, before he came to Resurrection as the Worship Leader. (John has since passed away). We call Resurrection home because we meet Jesus here. Even though Rez was very different than our previous church and upbringing, we kept coming back because we find Jesus here.

What roles/ministries have you been involved in at Resurrection over the years?

Since I've been here over 25 years, I've had the opportunity to be in many different roles at Resurrection. When we moved our services to West Chicago High School in the fall of 1990, I was the one-person audio team. Well, not quite one person—my two-year old, Ben, was sitting on my lap, and sometimes he tried to adjust the volume on the sound board. I was the leader of a small home group called a "cluster" for many years. I have been a Vestry member (the Vestry is our "church board") many times, as well as the Sr. Warden or Jr. Warden of the Vestry. I've been on the sound setup team (when we were a mobile church), a benevolence team, a missions team, a Y2K team, the Eucharist team, the Prayer Ministers team, the Intercessors team, and the Generosity Team. I occasionally lead Prayers of the People, or read one of the readings in the Sunday morning worship service. The highlight of my week is hosting the 1 year olds, or "Sprouts" during the 9:00 AM service. I came on staff as the Generosity and Finance Pastor just two months ago.

What are some of your favorite memories from your time at Resurrection?

Coming from a different liturgical tradition than Resurrection, the first time I received Eucharist at Resurrection was memorable. It was during Lent of 1990. A small group of perhaps 15 people were present on a Wednesday night (at that time the attendance of Resurrection was less than 100 people), and we received the Eucharist standing around the altar. The baptism of each of my sons was special. Perhaps the most memorable events have been seeing reconciliation occur with people after painful times of disunity.

How has Resurrection shaped you in preparation for this role (even if you didn't realize it at the time)?

From a leadership viewpoint serving as Sr. Warden of the Vestry on several occasions, and serving as the lay leader of the generosity team during the REACH initiative in 2011 were formative. But from a passion and joy viewpoint—I love serving Jesus through Resurrection! The worship in particular draws me close to Jesus and invigorates me for service.

What excites you most about the Moved by Jesus generosity initiative?

The Moved by Jesus initiative has given Lois and me the opportunity to ask ourselves, "How is our giving changing us? Is the way that we are giving (and living) drawing us closer to Jesus?"


When you share the vision behind Moved By Jesus with someone for the first time, what do you hope he or she takes away from the conversation?

I hope they take away an excitement for helping Resurrection fulfill her new vision: Equipping Everyone for Transformation. I want them to have great joy in giving to something they are passionate about, and I hope that they are changed by their giving.


Has your perspective of generosity changed over your years at Resurrection? If so, how?

When Lois and I came to Resurrection, we were already consistent givers. But as I became excited about the possibilities at Resurrection, I changed my thinking to, "What can I sacrifice so I can give even more?" When I told Lois what I was thinking, she responded by saying, "You just told me how we can afford to give that amount. Let's pledge something we don't know how to give!" We did exactly that, and immediately saw God provide for us in a totally unexpected way. So we've grown to be faith-filled givers. Every time we make a new commitment it is scary, but every time God has provided.

How have you seen generosity shape your own journey of transformation?

As Lois and I have given, it has changed the way we think and the decisions we make. The way we gave money preceded and enabled our decision for me to leave my profession as a project manager at McDonald's to become the Generosity and Finance Pastor at Rez. It has opened up whole new vistas of adventurous living!

How can we participate in being Moved by Jesus through this generosity initiative?

Read the Moved by Jesus booklet, pray over the commitment you want to make, and join those who are making an early commitment on November 7. But Moved by Jesus isn't just a catchy theme—it is something we really want to be true of us. Meditate on the Gospels, and ponder how Jesus might want to change you.

You've seen Resurrection grow into different seasons. What's different about this next season of ministry ahead of us?

First, the core values of Resurrection are the same as when I came 25 years ago. We are following Jesus. We are sacramental, evangelical, and charismatic. Worship, healing prayer, and listening to God still characterize us. What's new is that we now have a more outward focus on equipping everyone. We are using the sanctuary God has built in us to reach out more explicitly.

Can you share a little known and/or fun fact about yourself?

As a teenager, my family had a milk cow named Janey, which I, my mom, or my dad milked twice a day. Somehow my older brother and sister missed this chore.

Is there anything you'd like to say to the people of Resurrection as we move into this new season?

I can't begin to tell you how much delight there is in following Jesus with everything I am and everything I have. I want you to share in that adventure!