An original song and video from RezArts artists.

As we begin the journey of Holy Week, we're glad to be able to post this original video and song that follows Jesus on his way of sorrow to the cross. The video was conceived and produced by Chris Scherf and the song was written by Bonnie and me (Trevor).

The initial idea for the song came a few years ago on a prayer retreat where I was able to pray the stations of the cross every morning for three days. Meditating on the suffering of Christ in that way brought me face to face with the mystery of the cross—the creator of the universe becoming as his creation to be killed by his creation using a tree and nails he created so that he could rescue his creation.

The events of the crucifixion unfold in the video as different observers react to the cross in different ways—ultimately inviting us to respond to the cross: 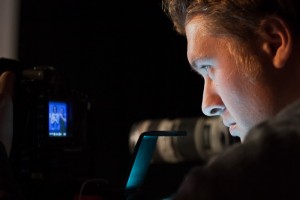 After being a long-time member and working on numerous RezArts projects and videos for Resurrection, the Scherfs moved to Alabama in 2013 to be closer to family.
www.secondlookfilms.com